I came across an abandoned electrical building that was about to be demolished, to make way for new fandangled eco/sustainable/intentional-community apartments to be known as ‘The Commons’. The developers (Small Giants Developments) were kind enough to say “yep, you can use the space before the wrecking ball swings into the picture.” So thank-you to them. This new carbon positive project, The Commons, is being created in collaboration with Core Collective architects.

nb. scroll to the bottom for the images

This exhibition/installation is predominantly a collection of images from two previous shows: Ithaka (2010); and The Kimberley – Australia’s Threatened Wilderness (2013); but it also includes about 40-odd plants and a similar number of books – all items (the plants, books, images and experiences that gave rise to them) have provided, information, ideas, inspiration and succour over many years.

Like everything, they inter-relate. I have mixed them here in an attempt to reflect my mindset and the ethos of what I know about The Commons development. We, things inanimate and animate, are connected; always and forever. As hard as it can be, we must strive to expand human consciousness in a way which leads to a more open, responsible and compassionate society/world. Without such an approach, it is perhaps simply survival of the fittest.

Below are excerpts from the original artist statements for the two above-mentioned exhibitions. I hope you enjoy the show.

Abandoned, burned out and decaying cars form the backbone to this road-trip from Uluru to Melbourne. Picked over by human and animal scavengers and the elements, they represent the tension between the human and natural worlds, the simplicity and complexity of desire, a clash of civilisations, one’s search for place and belonging, consumerism, colonisation, obsolescence, etc, etc, etc – just a few things!

These sculptural carcasses, carrion of the road, icons of the modern world, are remnants of a civilisation strewn between the sublime simplicity of a prehistoric rock (at once imbued with spiritual significance yet defiled by those who walk and shit, yes shit, upon it) and the awkward complexity of a metropolis, also made of this earth.

Who the cars belonged to and where they were going I do not know. Perhaps one driver was Larry Adamson whose name was scrawled in permanent marker pen across the steering wheel and whose clothes were strewn through the boot. At the 2532 km mark it was my own abandoned car which lay in suburbia, being slowly consumed by moss, lichen, rust and the occasional passer-by.

This show was named after the 1911 poem, Ithaka, by C.P. Cavafy, about life, as exemplified by the journey of Odysseus back to his homeland of Ithaka, Greece. “Constantine Peter Cavafy (April 29, 1863 – April 29, 1933), also known as Konstantin or Konstantinos Petrou Kavafis, was a Greek poet, journalist and civil servant. He wrote 154 poems, while dozens more remained incomplete or in sketch form. During his lifetime, he consistently refused to formally publish his work and preferred to share it through local newspapers and magazines, or even print it out himself and give it away to anyone interested. His most important poems were written after his fortieth birthday, and officially published two years after his death.” (Source: good ol’ Wikipedia)

This show aimed to raise awareness about the ongoing threat of industrialisation to The Kimberley wilderness region in far NW Australia.

“Despite the recent decision by Woodside Petroleum to withdraw their proposal to build the world’s largest Liquefied Natural Gas Processing Plant at Walmadan (James Price Point), north of Broome, The Kimberley remains one of the most sought after mining areas in Australia with more than a 500% increase in mining tenement leases taken out in the last decade (as at mid 2013).

The Kimberley is one of the last great savannah wilderness regions in the world. It contains some of the world’s oldest geological formations, dinosaur footprints, whale breeding grounds, internationally renowned Aboriginal rock art, astounding birdlife, wild rivers and incredible scenery, etc. New species of flora/fauna are still regularly discovered and, unlike anywhere else in Australia, there are NO recorded mammal extinctions in the northern section (as at mid 2013).

The NY Times listed The Kimberley as a must-see destination but also noted the threat from mining. Ex WA Premier, Colin Barnett, was determined to industrialise The KImberley. He has a vision for 50 years of industrial production…at a cost of millions of years of astounding environmental creation”

For the creation of The Kimberley – Australia’s Threatened Wilderness, I created an alter-ego, Hunter G, and spent two months driving a decorated van from Melbourne to The Kimberley, raising awareness in various towns via local papers, radio stations, vox pop interviews and Hunter G’s blog. I then spent 3 months living at Walmadan, the centre of the proposed gas project, before returning to hold the exhibition, at which Bob Brown was kind enough to give the official address. You can hear that address here.

Thanks for listening and bye for now, 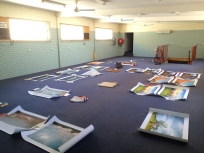 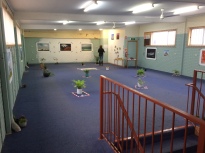 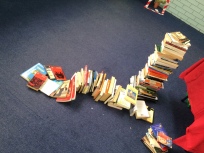 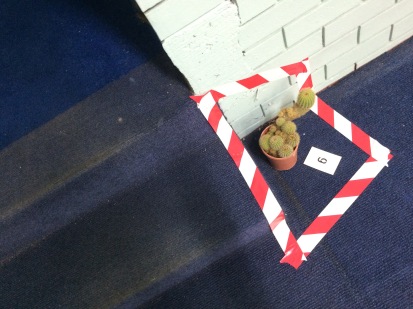 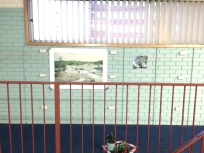 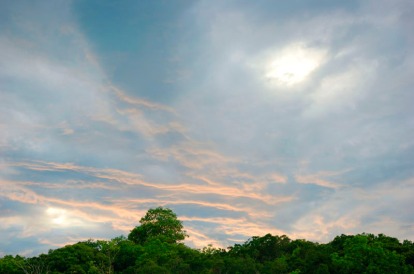 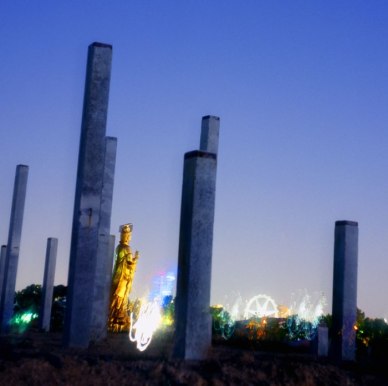 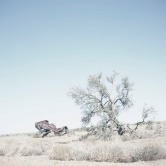 The Bloodstained Cliffs of History 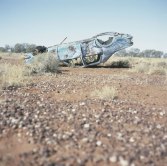 Ghost Dogs at the Cliffs of Walmadan 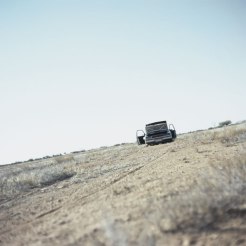 And a Lion did Approach 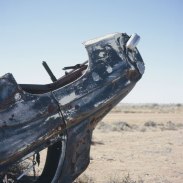 Road Trip from Melbourne to Broome Btw Doon Doon Roadhouse and Ridge? Mine 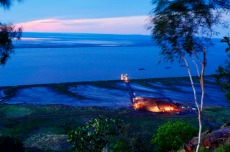 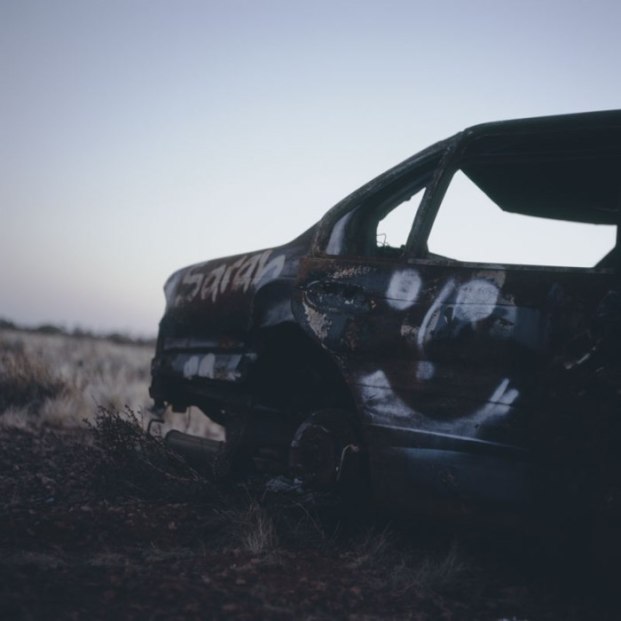 All words/images Copyright Charlie Sublet and available for purchase.