ABC Radio, Hobart, June 2019 – ‘Evenings’ Program with Louise Sanders – Tassie Transplants segment – an interview about why I moved to Tasmania, my arts practice, and why I’ve started to study nursing.

Coverage of ‘The Field’ exhibition, celebrating the 125th anniversary of the University of Tasmania 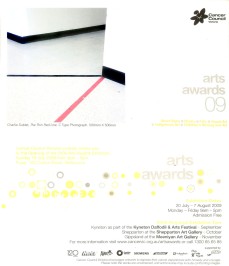 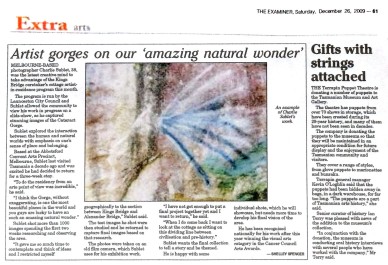 Coverage of my ‘artist-in-residence’ at King’s Cottage, Cataract Gorge, Launceston, Tasmania in 2009

Lighthearted interview during my time at The Abbotsford Convent Arts Precinct, Melbourne 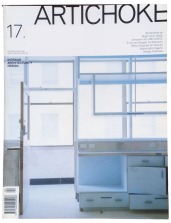 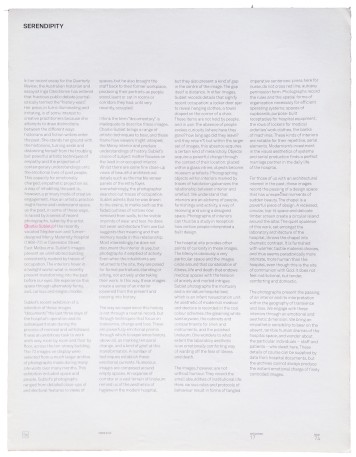 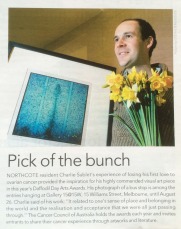 Coverage re ‘The Last Supper’ exhibition, as part of the ‘A Taste for Living’ festival, a fundraiser for the Ardoch Youth Foundation.

‘Mm? Interesting headline – think the sub-editor was having a cheeky day. Coverage of the exhibition about disadvantaged children who’ve had a period of respite at the Cottage by the Sea’s accommodation in Queenscliffe, Victoria.

Coverage of the exhibition, ‘Foundation Stone’.

‘The Age’ coverage of ‘Re:Issue – the Face of Big Issue Vendors’ exhibition.

‘The Age’ coverage of ‘Re:Issue – the Face of Big Issue Vendors’ exhibition.